MRP Of Pay Channels, Offered By Broadcasters To Subscriber As Reported To TRAI 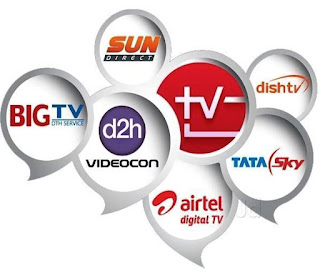 Indian TV consumers may have to shell out more money for their monthly cable or DTH (direct to home) bill starting January 1st after the new tariff order for the broadcast sector comes into effect as per the directions of TRAI.

As per the new tariff regime set by the regulator, consumers now have the option to select and pay only for TV channels they want to watch at the maximum retail price (MRP) set by the respective broadcasters.

In the last few days, all the TV networks ha ..

Back of the envelope calculation by ET shows that at the announced bouquet prices, for the basic, nonpremium channels, a consumer in the Hindi heartland (no HD or regional channels), will end up paying Rs 430-440 per month under the new tariffs. Currently, in phase III and IV towns, consumers pay a monthly bill of Rs 200-250, and in large cities, a cable/ DTH bill for 250+ channels – which includes sports and regional channels – costs between to Rs 350-400.

In short, in the new regime, a consumer will have to pay up to Rs 450 a month for the basic channels, without regional or sports, if he or she is opting for bouquets. If they go for a-la-carte, the bill will be over Rs 800 as bouquets are at a discount of 35-55%.

Major broadcasters such as Zee Entertainment, Sony Picture Networks, and Star India have come out with the a-la-carte and bouquet prices of their channels as mandated under the new framework for broadcasting and cable services by the sectoral regulator TRAI, applicable from December 29, 2018.

The new framework allows consumers to select and pay only for the channels they wish to view and requires TV broadcasters to disclose maximum retail price (MRP) of channels individually and that of bouquets.

He added: “This would give the consumers power of choice to choose their favorite channels and packs and pay only for what they want to watch.”

Star India has also announced its value pack in seven languages, with a price range starting from Rs 25 (exclusive of taxes) for Tamil to Rs 49 for Hindi.

Star Value Pack includes entertainment, movies, knowledge and the best of Sports -compelling content for everyone in the family.

“We believe Entertainment and Sports play a critical role in shaping the nation. By including Sports in the Star Value Pack, we aim to make it accessible to every Indian and thus change the way Sports has been consumed in the country,” said Star India Managing Director Sanjay Gupta.

While Sony Picture Network, which has distribution rights for 32 channels, has also dealared its channel MRP for its a-la-carte and bouquets on its website.